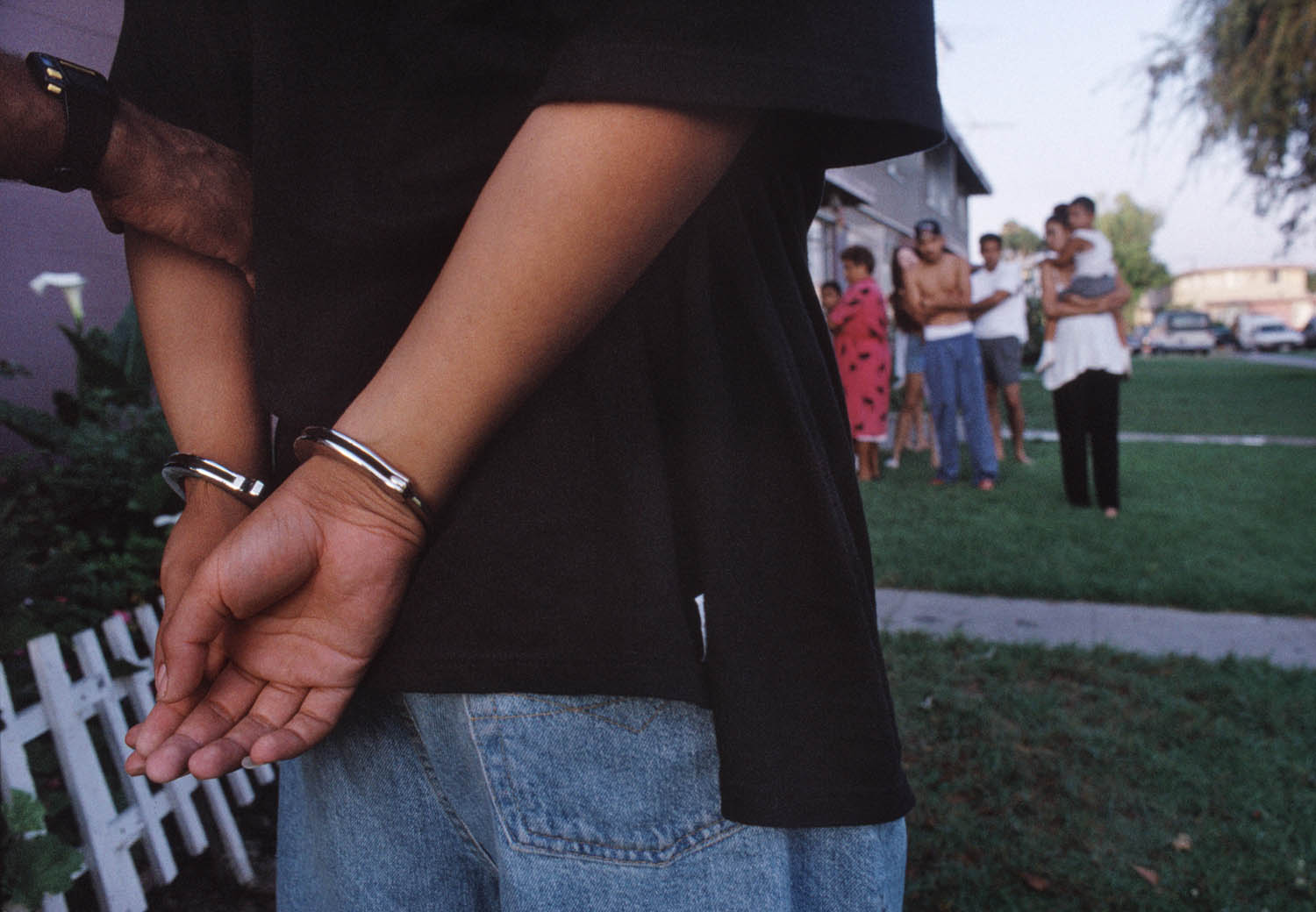 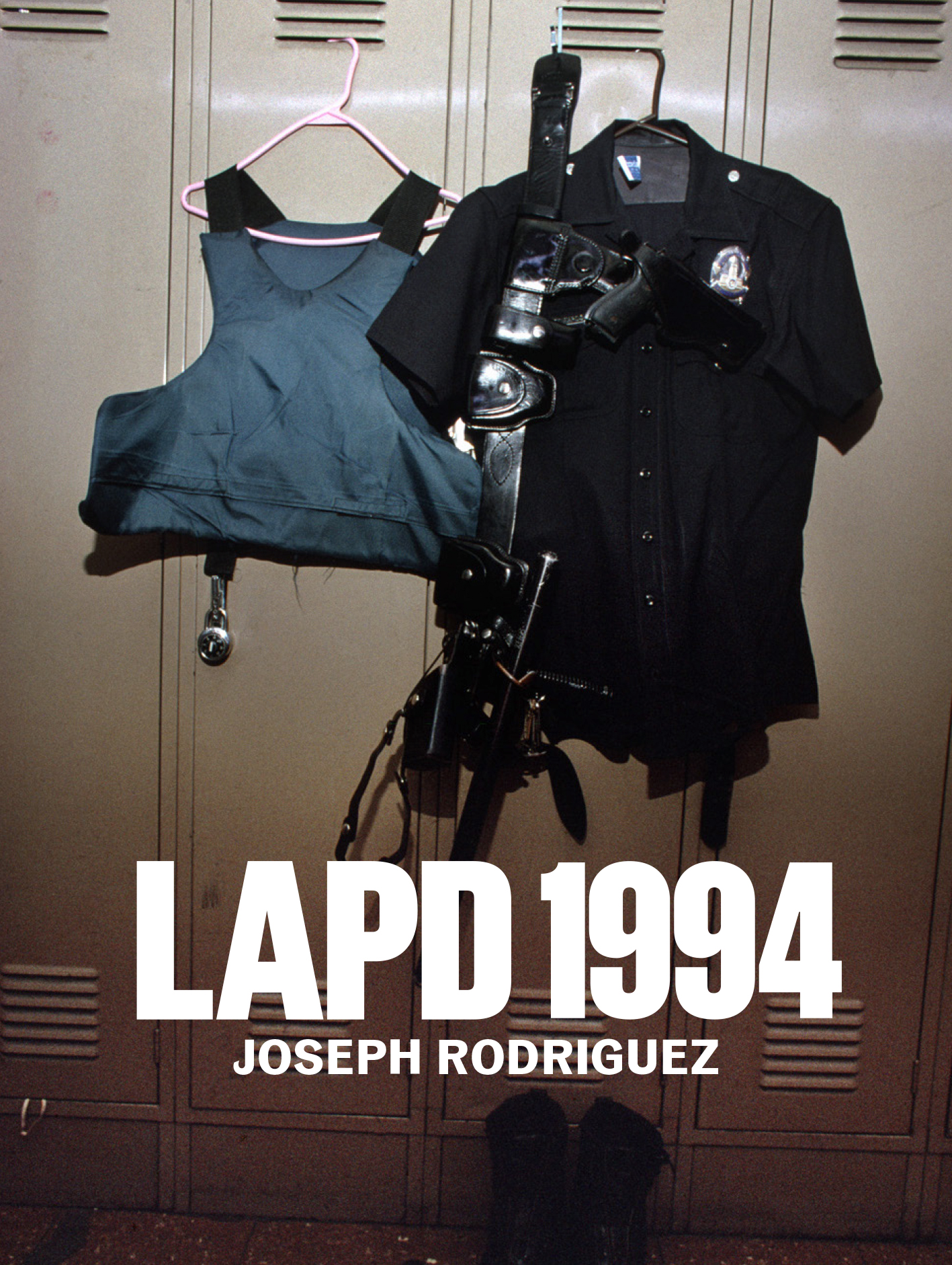 In 1994, the New York Times Magazine assigned me to ride along with cops from the Los Angeles Police Department, photographing them at work.
This was just two years after the protests that erupted when four officers were acquitted on charges of beating Rodney King, and LAPD needed a public image makeover.

So they gave me and the Times unprecedented access to the department, hoping we’d give readers a story about LAPD’s new “kinder, gentler cop.”
I was embedded with officers from several divisions and branches, including some of the more notorious ones: the anti-gang unit “CRASH”, the Rampart Division, and the homicide unit. For several weeks, I rode day and night in the back of police cars, taking photos.

Most of those photographs have never seen the light of day, until now. Given the potential revolution around policing in the US taking place right now, the time has come to share them with a wide audience. The photos are a reminder that the same problems we are reckoning with today—systemic racism, violence against community members, corruption—have been around for decades.

These photographs tell a story about the power imbalance between police and the community, the constant tension between the stated goal of “protecting and serving” and the reality of police violence. From behind my camera, I saw how decades of profiling, racism, and brutality had led to deep distrust in many communities—distrust that the LAPD’s mild attempts at reform couldn’t even touch. The photos capture a particularly turbulent time for the LAPD, just after several very public corruption scandals in addition to the charges of police brutality brought to light by the video of Rodney King’s beating.

I was no stranger to this type of assignment. At that time I had already published two books, Spanish Harlem and East Side Stories, which depicted life in impoverished neighborhoods. Covering LAPD gave me a chance to show how police operated in marginalized communities, and how those communities were affected by individual cops and the department as a whole. 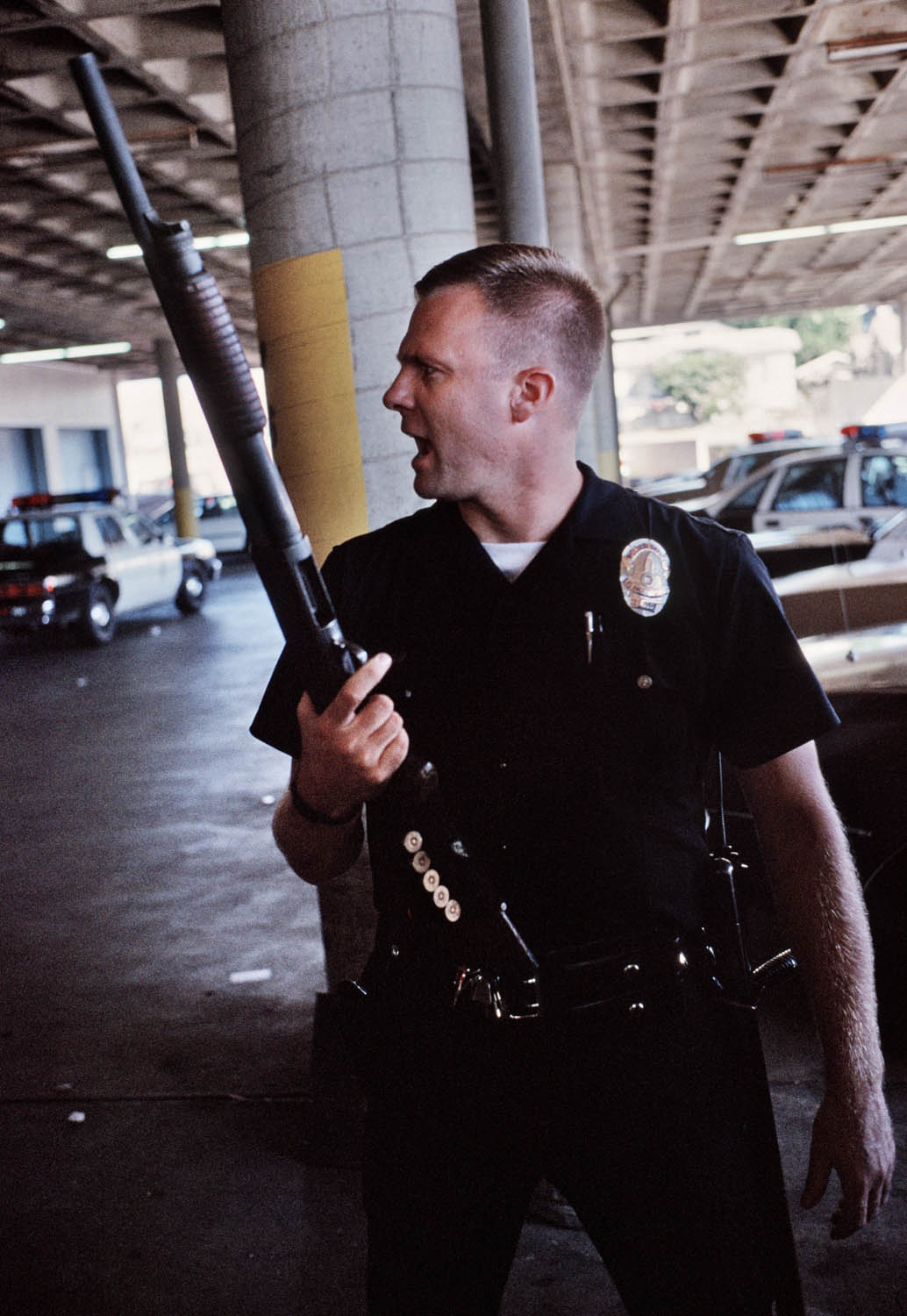 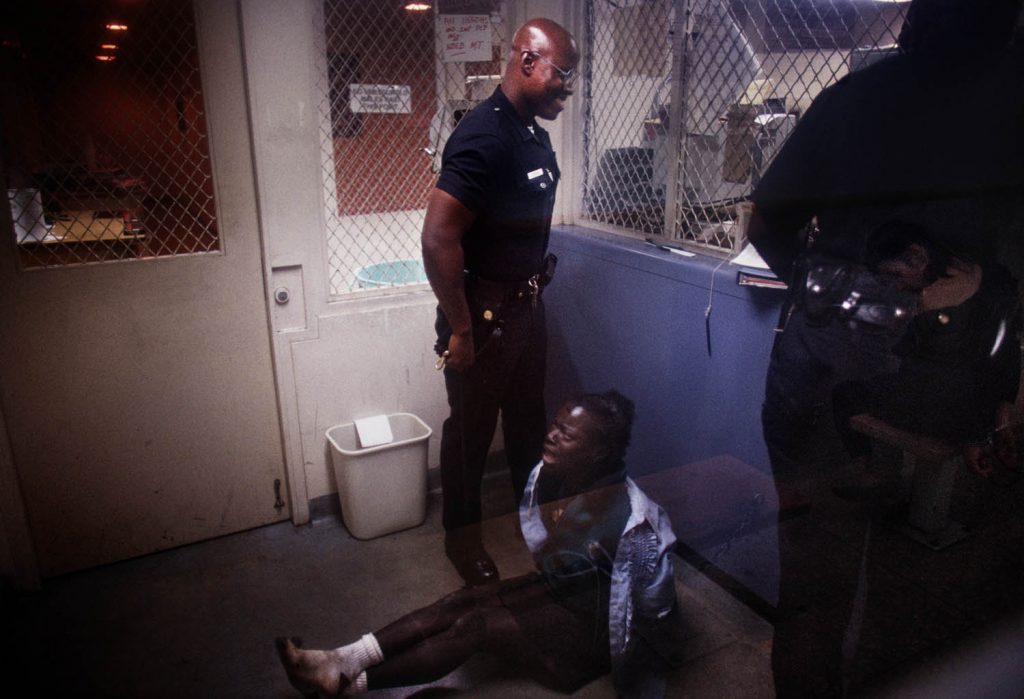 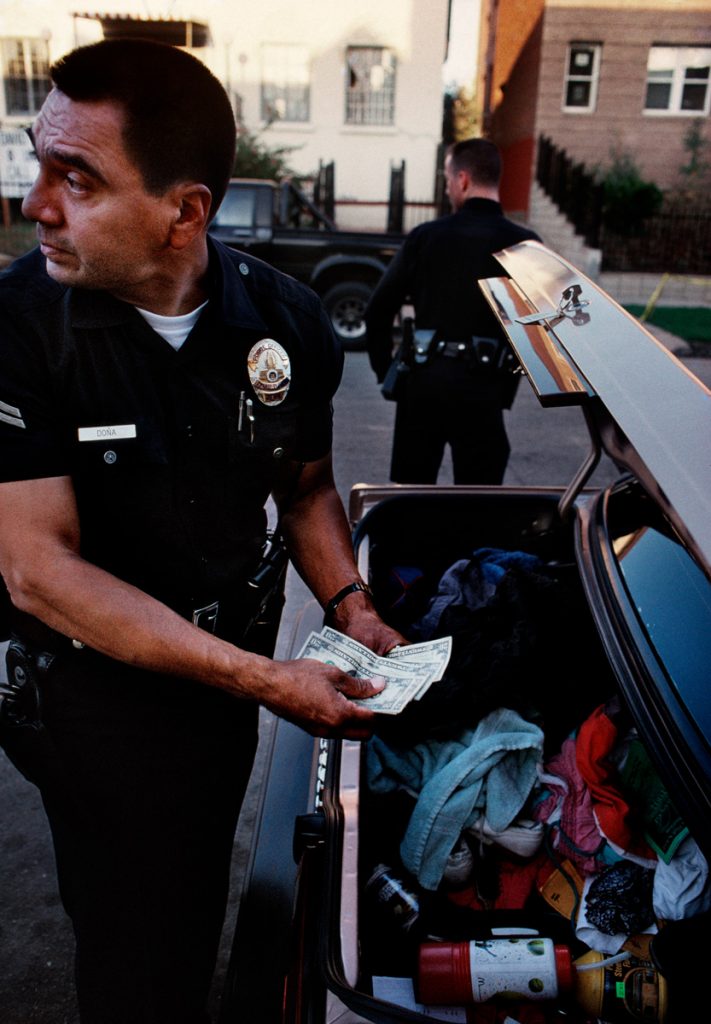 Officers find money, gold jewellery, and a gun in a murder suspect’s trunk. 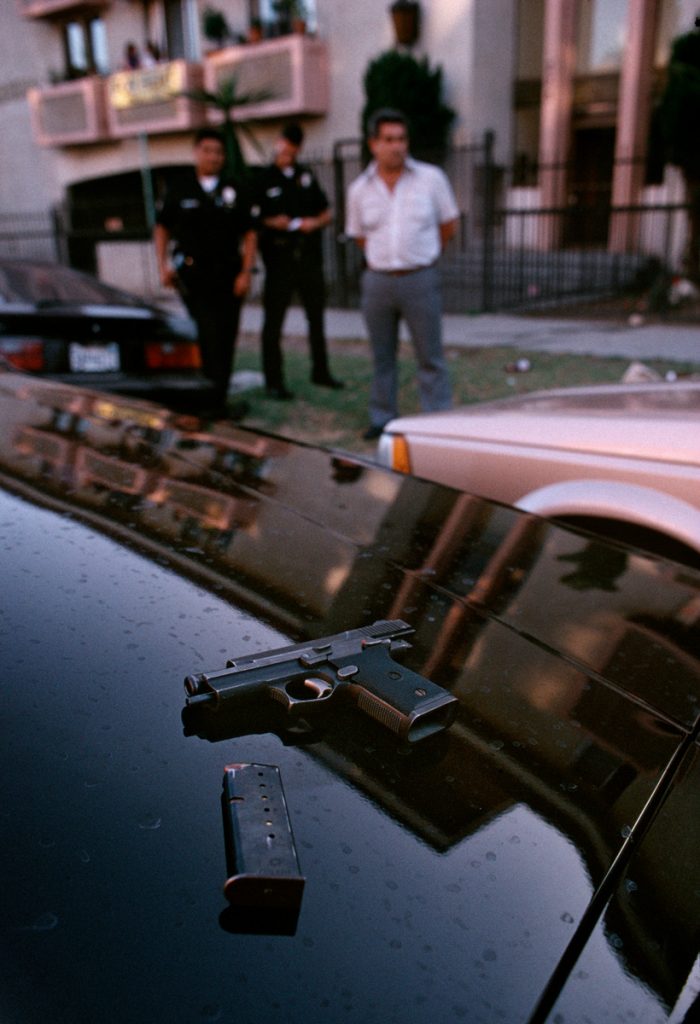 A murder suspect stands by as officers search his car. 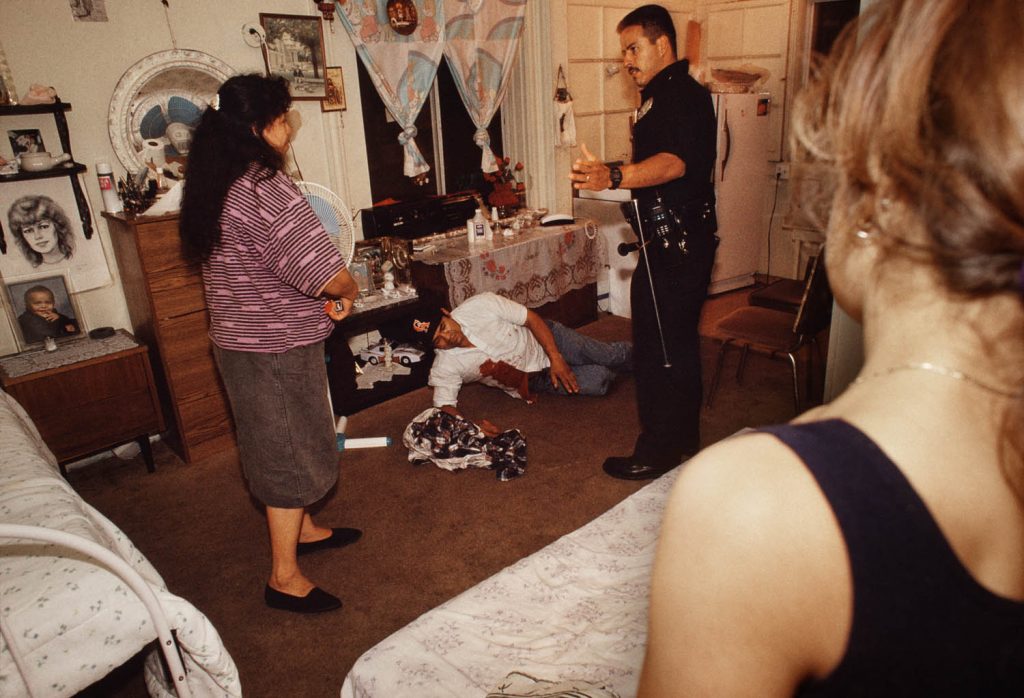 A man bleeding on the floor claims that he was shot in his home by a gang member.

As a documentary photographer for over 25 years, my point of view has been to work slowly when it is possible. The domestic landscape of America has been my interest for the past two decades. Today I continue to work within the social documentary practice, covering the struggles of everyday life. As Fred Ritchin, author and president of www.pixelpress.org wrote, “Photography too often confirms preconceptions and distances the reader from more nuanced realities. The people in the frame are often depicted as too foreign, too exotic, or simply too different to be easily understood.” I continue to tell stories that have had an effect on my life so that we can diminish this distance and develop a better understanding. 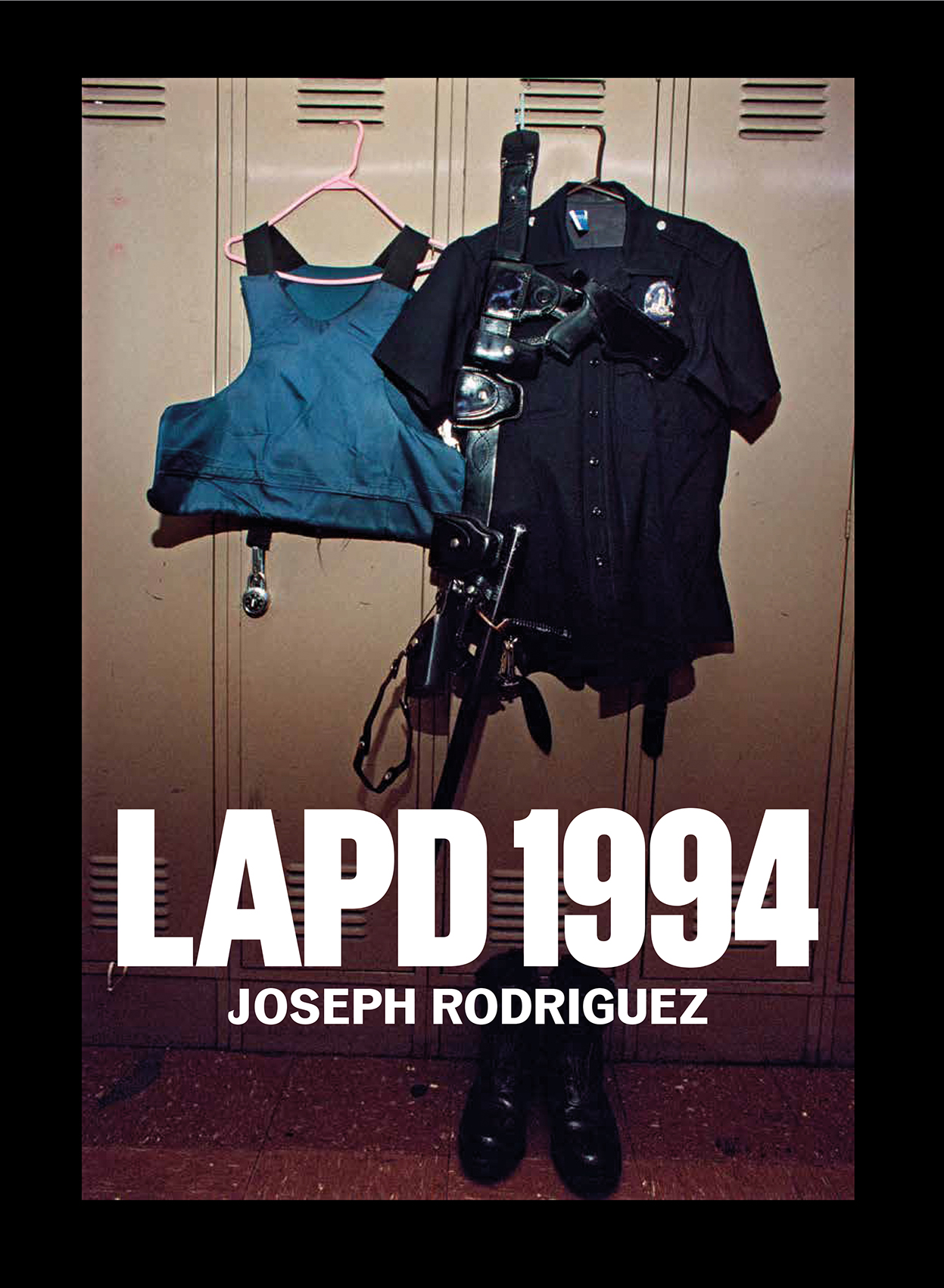