Built on Oriental philosophy and spirituality, Narayana Press is defined by an environmental stance and holistic approach. They are certified by the international standard for environmental management. 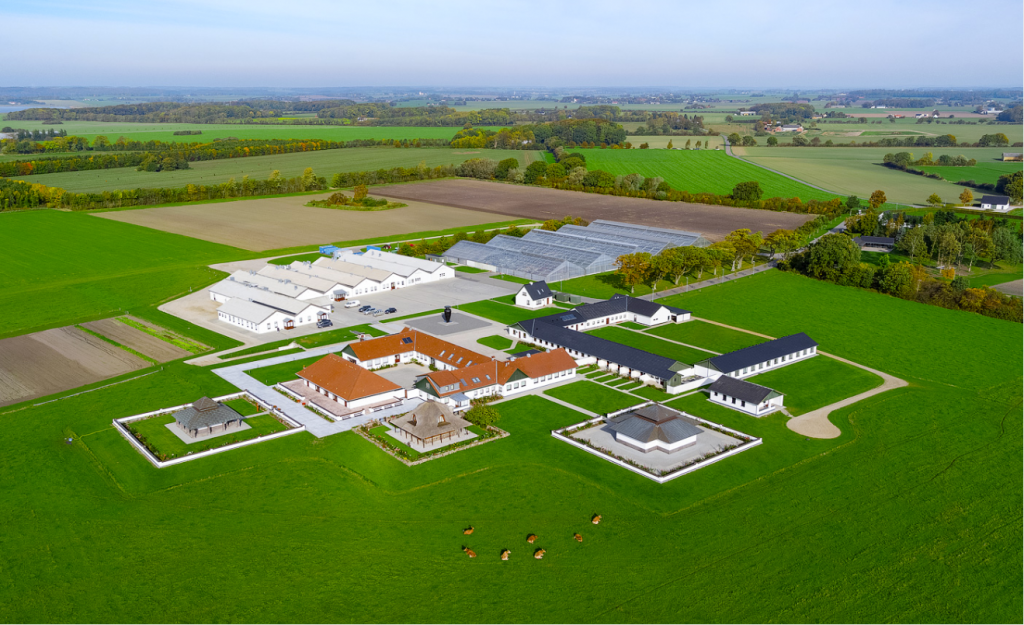 Narayana Press is a graphic company, combining classical offset printing with the newest technology. With an emphasis on production of quality books, the press covers the processes from DTP and reproduction to printing, and delivery of bound books and other printed matter.
The aim of Narayana Press is to make graphic products of the highest quality.
All work at Narayana Press is done with optimal care for the nature and the environment.

The machinery at Narayana Press is designed to provide optimal production of a wide variety of products.
The KBA Rapida 106 and Roland machines are printing with environmentally friendly LED-UV technics and classic oil-based inks.
The printing machines are equipped with modern technology assuring the best quality and uniformity in printing. Through a Pecom and LogoTronic server press pre-settings are prepared for all jobs, e.g. colour zone settings (CIP3), and the settings used are automatically archived.
During printing, ink density values are adjusted by CCI, resulting in uniform ink control throughout the print run.
For colour management and calibration, Narayana Press has developed its own control sheet.
Technique alone would not suffice without a team of experienced and committed printers working with great care and concentration.
The foremen perform quality control 24 hours a day.

Narayana’s agriculture and horticulture have been driven organically for almost 50 years. The soil has always been given manure from the stable and is in a good condition with a high content of beneficial microorganisms and other good things, which cannot be found in fields with conventional farming. The crops are healthy and of high quality.

Narayana Press was founded in Rishikesh, Himalaya, in 1955 by the Indian author and philosopher, Swami Narayanananda. In 1967, the N.U.Yoga Ashrama was founded on an agricultural property near Gylling in Jutland (Denmark) owned by N.U.Yoga Trust Denmark.

The Ashrama was first of all a home for former drug abusers and vagrant hippies who had met Swami Narayanananda in India. Meeting him meant a great change for these youngsters, who now started to build up a healthy way of life and a modern, self-sufficient monastic community.

Narayana Press now moved from Copenhagen to Gylling. In 1972, the Ministry of Culture donated a small offset machine to the press in recognition of the fact that it had brought a number of young people back unto the right track. From then on, Narayana Press started a commercial printing activity, engaging members of the Ashrama monastery. As no loans were taken out for investment, progress was slow, used machines were bought and, after repair and replacements, were sold at a profit.

In this way, the members of Narayana Press were able to acquire an important technical know-how about everything from hand and machine composition, cylinder and lead printing, right up to modern offset technologies. The 1990’s were a period of accelerated development and growth for the company, the electronic revolution brought about a complete change, especially in the context of prepress production. The traditional photocomposition was replaced by DTP (desktop publishing), and the optical plate production was replaced by computer-to-plate. The printing machines were equipped with multi-CCI and computer for job management and ink control.

This was a period during which the workers of Narayana Press were re-trained, enabling them to master the new technologies. But even in the midst of this revolution, it was found that knowledge of the classical processes originally acquired was of a fundamental importance in obtaining high-quality graphic products. By the end of the century, it had become clear that the wave of fusions in the printing branch was going to make new demands on the abilities and capacities of graphic enterprises. Narayana Press took up the challenge and from 1999 onwards the company has experienced an unprecedented rate of growth, and with the best personnel and highly advanced equipment, Narayana Press took a place among the major producers of printed quality books.